A Complete Guide of WordPress Shortcodes

If you ever check out the history of the WordPress Shortcodes, it would be interesting to see that they were introduced somewhat in the later version (i.e. 2.5), and nowadays it has become one of the most and the best features of it. Basically, a normal and average person who is the editor would have the ability to print the dynamic informations with the help of the macros and that too without using any kind of programming skills.

Now when shortcodes are put inside a WordPress page or post, then it would get replaced with various other kinds of data. So, it means that WordPress would try to look for macros which is in [] bracket (square bracket) and make it get replaced wiuth some kind of good dynamic content, that is developed due to the PHP function.

As earlier discussed, Shortcodes were developed sometime in the 2.5 version of the WordPress. Now to put this so called Shortcode is nothing but a shortcut. Yes!  That means such things are WordPress run codes which can help in saving a lot of time and performing things or work which often would have required you to have some technical knowledge and even a lot amount of coding work.

Simply by adding the shortcodes to the plugins or WordPress themes, it is much easier and spontaneous. For example, you would be having a shortcode (which is a famous post) and if it is typed in properly, it would get displayed in the right manner on how famous post are posted in the WordPress websites. In addition, you do have the option of doing it manually, but for that you do need to write the HTML coding and often change it as and when the popularity of the given post gets changed.

Using the shortcode, you can avoid such means of writing the codings and can help in simplifying the various things. Not many people know but WordPress related codings would help you to do good things in minimum time and effort. The best part of using Shortcodes is that it helps in developing objects and embed various kinds of files which would have simply required the usage of ugly codings and that too ones which need to be written in more than one line. In short Shortcode is similar to shortcut. 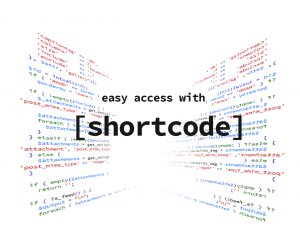 Basically, the Shortcodes are developed by using the shortcode which is known as WordPress API and they work quite similar to the WordPress filters. The only difference is that you would have to define the handler function which would simply define the given shortcodes and the result would be getting an output. Once that is done, then you have to register the shortcode with the help of the function called add shortcut ().

You might get confused, however you do have the option to go online or surf the web to check out some suitable examples to try the codings.

After checking and working on the examples, you could start creating your first shortcode. This should be done only when one is quite knowledgable of the shortcode API.  To start with you need to first add the given code in the beginning –  Include ‘shortcodes.php’

Once that is done, then you have to create and develop the file which you have referenced such as shortcode.php. In order to make things bit simple and more easily, you need to save the given shortcodes in the file. Firstly, it is important that you design simple and easy to use Shortcodes which can help in easily creating one which presents link to the available Tweets of the post and URL.

Do you know that YouTube embed shortcodes would be serving the best purpose? As we all know embedding the video would require one to have extensive knowledge in shortcode and the given amount of effort involved in this is minimum. In addition, one can apply this method in order to get the Shortcode embed in other types of videos or in various other types of media or audio or picture files. For this you need to know about shortcodes and paste the required code.

To conclude, the above given details would help and provide extensive guide for individuals in knowing and controling the WordPress shortcodes.