Fortunately, there are some cheap VPS hosting providers. DreamHost is one of them, offering customers cheap VPS hosting solutions based on Linux OS. In below, we will introduce how cheap DreamHost VPS is. We will also check whether it has other advantages on features, stability, speed, and customer support.

Headquartering in California, USA, DreamHost (www.dreamhost.com) has been offering web hosting solutions since 1997. Its hosting solutions currently include shared hosting, VPS, dedicated servers, and cloud services. Due to diverse products and premium services, DreamHost has attracted more than 400,000 customers throughout the world, and it has hosted over 1.5 million dreams for these people.

DreamHost VPS starts at low rates. Moreover, this company charges much lower than what it really offers.

More than that, We get the latest DreamHost VPS 50% off promotion, making DreamHost VPS start at $7.5/mo. Note that this promotion is valid for the first 3 months.

As a matter of fact, DreamHost cheapest $7.5/mo package even contains rich features, including:

Though DreamHost VPS is cheap, its features are not discounted. Instead, the web host configures its VPS with advanced features and server resources that are more than what it charges. 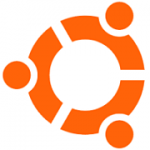 First of all, DreamHost VPS hosting is fully managed. Customers just need to focus on their online business, and DreamHost professional technicians will look after servers 24 hours a day, 7 days a week. Due to Ubuntu 12.04 Long Term Support, Ubuntu is responsible for updating DreamHost VPS OS for 5 years. It means a high level of OS security, uptime, and usability with new software libraries.

More than that, DreamHost VPS comes with PHP 5, Perl, Python, SSH, XCache, .htaccess, access to raw log files, and so on. If customers need node.js, they can install the latest version on their servers via web-based control panels. DreamHost also provides Ruby Version Manager, via which customers can add multiple Ruby versions or remove them.

In terms of specific plans, this web host tailors 4 VPS plans in different sizes. The smallest plan is loaded with 1 GB RAM and 30 GB storage. But it is easy to scale up to 8 GB RAM and 240 GB storage if customers’ demands grow. Furthermore, DreamHost utilizes solid state drives rather than SATA disk drives. SSD is expensive but improves page loading speed 20 times faster.

Additionally, DreamHost provides a web-based control panel for its customers to manage their virtual private servers. 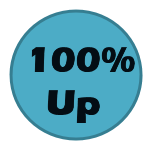 A majority of Linux VPS hosting providers in the industry guarantee 99.9% uptime at most. However,  DreamHost guarantees 100% network uptime for its VPS customers. Besides, its VPS is able to deliver fast page loading speed and secure performance.

In addition, dual water lines maintain the data center at a stable temperature. Stable cool environment is good for servers’ working. Because of multi-level security measures, such as multifactor identification, the data center is secure enough to house servers as well.

Moreover, DreamHost makes efforts on hardware to optimize its VPS performance. For example, it uses expensive SSDs rather than SATA disk drives in order to deliver 20 times faster performance. SSDs are beneficial to improving website uptime as well.

In the case of customer support, the web hosting provider designs multiple supporting methods for its VPS customers. Moreover, no matter when its customers need its help, DreamHost will come to help them out of trouble.

Besides live chat and email support channels in the control panel, DreamHost supports customers via twitter. If someone has not been a customer of DreamHost yet, twitter is a good way to consult with DreamHost. The web host provides call back services but customers have to pay extra money for the services.

Beyond that, DreamHost has informative wiki database, which has FAQs as well as solutions, tutorials, and guide. DreamHost technicians update tutorials in wiki each month. So, customers can frequently visit DreamHost wiki for leaning new knowledge. Moreover, DreamHost forum is another support channel, by which customers will get useful information and communicate with others.

For more details about DreamHost and its VPS, please go to www.dreamhost.com.