How To Produce a Responsive and Simple Drupal 8 Theme

Creating a responsive Drupal 8 base theme from scratch is not that easy especially to those who are new to Drupal. However, if described in a more detail way things will become much easier and you can create the theme in your own. It is always good to know the process of creating a Drupal which eliminate the need to depend on someone else while you can also gather detail knowledge that let you know that how Drupal actually works. The process to create responsive drupal theme is discussed below in detail.

Drupal 8 theme contains some common files and keys such as .info.yml, .libraries.yml, breakpoints.yml, CSS, JS, templates etc. And before starting to create the theme it is important to decide the layout of the website such as the position of header, footer, sidebar, content area etc. Once decided, next move on to create the theme from scratch.

The process is discussed in step by step process.

The region is important to define. The region can be defined the following way.

If the regions are not declared the default regions will be used in the Drupal 8 base theme. Also, the Drupal templating machine is to be notified that the regions are been included. They should be mentioned in the page.html.twig file otherwise they will not show up.

The libraries such CSS, script etc. should be defined in a different file named .libraries.yml and not in the info file.  For example, you can make use of style.css for styling in your theme while the Bootstrap library is to be used for responsive display feature. The style.css file will lie in the core/css folder while the bootstrap will lie in the includes/libraries/css directories.

However, page.html.twig is the most important file that all want to alter as it defines how the html layout of the page will look like. Here is how to create a page.html.twig file.

This file has three main content and these are:

If you are eager to create a html region for the page that includes a headline, header, footer and main, then all of those should be included in the .info.yml file. The code will look like: 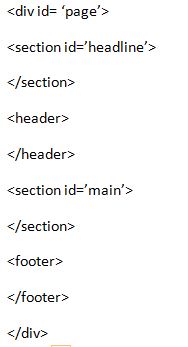 Next, as the theme will be responsive so all the regions is to be added in the Bootstrap container of your page. So, you are required to add the code

<div class=’container’></div> between each section.

Next, comes the main content and sidebar region. For those, we will be using the column class of Bootstrap so that they can be divided in the following way.

Here is how the main section code will look like: 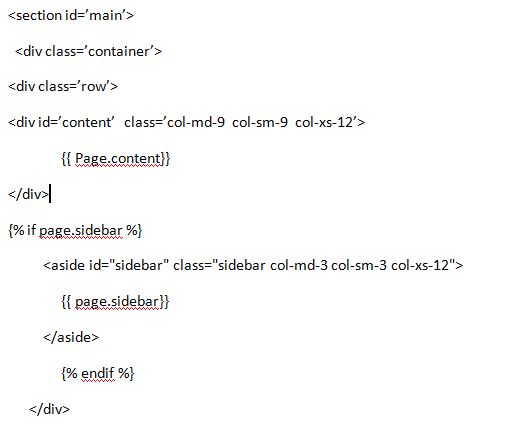 This is a conditional statement that indicates if the headline has anything in it. The same code is to be added in the header, content, sidebar and footer.

This is the Drupal 8 base theme creation. You can make use of your creativity to make the website look attractive. Bootstrap can be used for responsiveness while you can use SAAS for styling purpose.