MediaTemple (www.mediatemple.net) has been a fastest growing online service company in North America since 1998.

MediaTemple also has other online services for customers, such as domain name registration, SSL certificates, site building, CDN and much more.

What MediaTemple offers is not only massive but top notch. Since the inception, MediaTemple has been sticking to its mission to bring customers the best and help them succeed online.

Different customers have different VPS demands. According to that, MediaTemple designs its VPS into many plans that are different on the server management, operating systems and server sizes. MediaTemple loads rich features on its VPS plans too, making its VPS finally best for developers, SMBs, and even large companies.

According to the managed level, MediaTemple VPS is divided into 3 main packages: self-managed VPS, managed VPS, and fully managed VPS. Each package has several plans for different demands as well.

In terms of the operating system, MediaTemple VPS hosting is based on Linux. But people have many options about OS. They can choose CentOS, Debian, Fedora, and Ubuntu. For each OS, MediaTemple provides multiple versions as well.

To help readers learn what MediaTemple VPS offers, some features of MediaTemple self-managed VPS are listed out as following:

Note that MediaTemple currently gives double RAM to its SSD VPS hosting customers. So above RAM is from 2 to 64 GB instead of 1 to 32 GB previously. 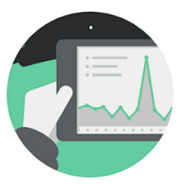 MediaTemple VPS hosting has much reliable performance in the industry and features 99.999% uptime guarantee. With this guarantee, customers will get refunds if MediaTemple cannot meet its service standards.

For better performance, MediaTemple has 2 state of the art data centers to utilize for web hosting. They are respectively located in east and west coasts of America to be geographic complementary. The data center in El Segundo is a Tier 4 data center with specifications like:

Another data center is in Loudoun County, Virginia with Tier 3 level.

What’s more, MediaTemple takes advantage of the best servers and network to maintain high performance. Between the 2 data centers, there is a private fiber connection too.

MediaTemple managed VPS is lowest at $55/mo if people pay for it by months. Similarly, they need to pay from $41.25/mo only if they choose a 3-year billing cycle. It is a 25% off discount as well.

MediaTemple fully managed VPS is billed from $249 each month. People can contact with MediaTemple sales staffs for a free price quote.

MediaTemple VPS has money back guarantee in case someone wants to stop the services and ask for a refund after finish payments.

Having been in web hosting industry for 16 years, MediaTemple knows that some of its customers must encounter some problems when they build sites, blog, applications, etc. So, it gives first-class support for these people all the time.

This company publishes its VPS system status to people to check whether it is operational when their sites or applications encounter problems. If they still cannot diagnose problems, they can go to ask for MediaTemple help.

In addition to that, MediaTemple has informative resources including web hosting guides, resources, tips, etc. Moreover, MediaTemple designs “Search” tool and topic categories for people to faster get what they really want from an ocean of articles.

A community is another place that MediaTemple provides for people to help themselves out of trouble. This community features “Search” function too. Besides, it has massive popular topics, FAQs, and solutions that users and developers submit.

MediaTemple VPS Hosting is one of Cheap VPS

To conclude, MediaTemple VPS is based on 2 Tier 3+ data centers in both coasts of America. 3 server managed options and many VPS plans allows customers to choose one that is the most suitable to their online projects. Moreover, MediaTemple VPS has more powerful features than other companies’ VPS. Even after the sale, this company still gives premium 24/7 support. Considering these traits of MediaTemple VPS, its prices from $30/mo is low, making MediaTemple VPS one of the Best Cheap VPS Hosting in the industry.

Please visit www.mediatemple.net or read our MediaTemple Review to learn more about this growing-fast company, MediaTemple.